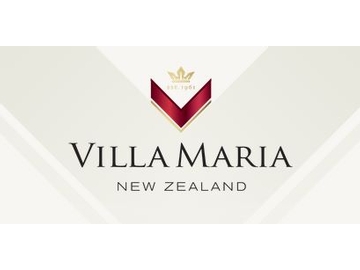 Auckland, New Zealand (Mar. 5, 2018) — Villa Maria announced today that it has appointed Abe Salt as Chief Executive Officer. Sir George Fistonich, Villa Maria’s founder and current CEO of more than 55 years, will continue to have a hands-on role in the company as founder and president, with Salt reporting directly to him.

“Due to Villa Maria’s success as a major player globally, my ambassador role has become extremely time consuming,” said Sir George Fistonich. “As the CEO, Abe will be able to manage the important day-to-day operations and strategic priorities for the company. This will allow me to concentrate on my global brand ambassadorial role and drive other large projects such as the development of our new winery and retail center in Hawkes Bay,” Fistonich continued.

Salt joins Villa Maria with more than 15 years of experience in the wine industry and investment banking. Most recently, he was the principal at Iron Gate Consulting where he provided strategic counsel to the wine industry. Prior to Iron Gate, Salt spent more than five years at Treasury Wine Estates (TWE) where he was Global Head of Strategy. During his time at TWE, he implemented key strategic changes for the business. He served on the Steering Committee for TWE’s global supply chain optimization program, driving route-to-market changes in key markets. Salt was also responsible for delivering TWE’s annual five-year plan, including sales and marketing plans by brand and region. In New Zealand, he led TWE’s acquisition of Matua’s Marlborough winery.

Salt holds degrees in law and commerce and post-graduate qualifications in finance and has experience in each of Villa Maria’s key export markets including, the United Kingdom, Canada, the United States, Asia and Australia.

“I am delighted that we have found someone with such a passion for wine together with a wealth of experience in FMCG global strategy,” said Sir George Fistonich. “We are thrilled to have Abe join us for Villa Maria’s next chapter and help us build on our successes to date.”

Salt is an avid wine enthusiast and has certifications with the Wine & Spirits Education Trust and University of Adelaide. He has also completed the International Chardonnay and Pinot Master Classes.

He is married with two children and will relocate from Melbourne to Auckland for the role.

The Villa Maria story is one of absolute passion. Each wine is crafted in the unique, fruit-driven style of New Zealand, showcasing the very best of the country’s distinct wine regions. Villa Maria sources grapes from New Zealand’s premium grape growing regions, including Marlborough and Hawkes Bay, and produces wines in state-of-the-art winemaking facilities in Auckland and Marlborough. The winery Sir George Fistonich started in 1961 is still family owned and stands as an icon of superior quality and innovation in New Zealand winemaking. In 2017, Drinks International named Villa Maria the most admired wine brand in New Zealand and the fourth most admired in the world. To learn more, visit www.villamariawine.com.