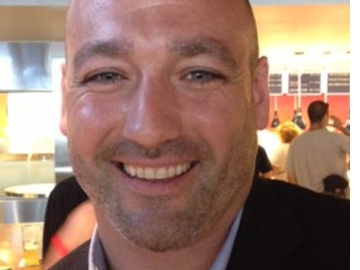 “As O’Neill Vintners & Distillers continues growing its national brands, it’s important to have strong leadership for our sales team,” said Roy Cecchetti, president of the national brands division at O’Neill Vintners & Distillers. “Ryan brings the experience needed to increase the presence of our national brands in the eastern United States. His perspective on the company will help him form the best strategic direction for the team as they execute programs to maximize sales in chain, retail and on premise accounts. We’re proud to move him into this VP role.”

Davis was previously O’Neill Vintners & Distillers’ Northeast Regional Sales Manager, a sales team role he held starting in 2012. Prior to joining O’Neill Vintners & Distillers, Davis was Regional Sales Director, New England, for Precept Wine in Seattle. Before that, Davis held several sales positions with Empire Merchants North, a wine and spirits distributor serving the upstate New York market. During his 11 years with Empire, he worked his way up from sales representative to wine manager to field sales manager. As the latter, he was responsible for a team of sales representatives with more than $15 million dollars in annual sales.

O’Neill Vintners & Distillers national brands portfolio has experienced extensive growth. Its leading brand—Line 39—was recently named a 2015 “Value Brand of the Year” by Wine & Spirits magazine. The brand also was named a “Hot Prospect” by Shanken’s Impact Newsletter (indicating 15% depletions growth or more in 2013 and consistent growth in 2011 and 2012 for brands between 50,000 cases and 250,000 cases). And it received a 2015 Growth Brand Award from The Beverage Information Group, which recognizes top-performing brands, percentage-wise, exceeding 100,000 cases in 2014 and posting double digit growth in each of the past four years.

O’Neill Vintners & Distillers also plans to add a new brand and new SKUs to its portfolio later this year.