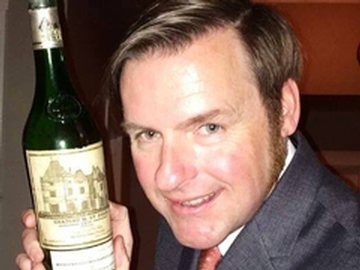 Local sommelier Christopher Sawyer will bid adieu to Carneros Bistro & Wine Bar at the Lodge in Sonoma on April 25, 2014 to focus on his private wine consulting, wine education, corporate events and journalism endeavors.

In his more than nine years at the restaurant, Sawyer has received many awards for his wine list and wine flight. Most recently he was voted 2014 Best Sommelier in Sonoma County by readers in The Bohemian’s Best of the North Bay issue. He is responsible for developing their weekly wine education program, celebrity wine bartender featuring proprietors and winemakers, as well as helping develop the on-site retail wine shop Bean & Bottle.

During that time he has also been a frequent participant judging for wine competitions and panel moderations at many wine industry events. His skills have been featured in multiple publications, including Esquire, Redbook, The Hollywood Reporter, MSNBC and National Geographic Traveler.

Sawyer commences his new adventure with an annual trip to judge the Sunset International Wine Competition in Menlo Park, April 27-30.

Christopher Sawyer has started a new blog at sawyersomm.com. His adventures can also be followed at Facebook.com/SawyerSommelier, and Twitter @SawyerSommelier.