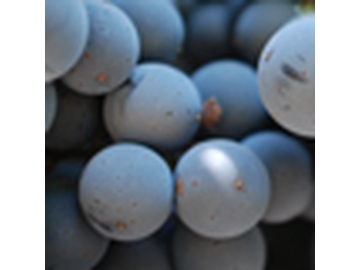 Town&Country today announced that acclaimed author and critic Jay McInerney will join the magazine as a monthly contributor, covering wine. McInerney’s first column will appear in the June/July issue, on newsstands nationwide May 20, 2014.

“I am a longtime fan of Jay’s writing – both his journalism and his fiction – since he first put pen to paper,” said Fielden. “His wit, his style, his encyclopedic knowledge of wine and his distinctive swagger will transport readers who will take great delight in his many adventures.”

Says McInerney, "I’m really looking forward to collaborating with Jay Fielden, with whom I first worked with during his tenure at Men’s Vogue. I love the direction in which he’s taken Town&Country and am eager to continue to add my voice to the magazine on a monthly basis."

McInerney is the latest world-class talent to join Fielden’s Town&Country, along with internationally renowned stylist Nicoletta Santoro, now creative director at large, and executive artistic director Alex Gonzalez. The magazine raised its rate base with the January 2014 issue and has grown 23% in advertising year-over-year.

McInerney most recently covered the wine industry at the Wall Street Journal since 2010. He has published several books on the subject, including The Juice (2012), A Hedonist in the Cellar (2007) and Bacchus and Me (2002). In 2006, McInerney won the James Beard MFK Fisher Award for Distinguished Writing for his food and wine work. A prolific author, McInerney’s essays have appeared in such outlets as New York, The New Yorker, The New York Times, and Vanity Fair. McInerney is the author of several critically acclaimed novels and collections of short stories which include his debut Bright Lights Big City, as well as Story of My Life, Brightness Falls, How It Ended and The Good Life. McInerney also served as a wine columnist for House & Garden magazine from 1996 – 2007.

Town&Country (www.townandcountrymag.com) has chronicled American life since 1846, always putting an emphasis on people of style and accomplishment who give something back to the world, whether in service, philanthropy or creative endeavor. It is edited with a feeling for storytelling, combining the highest level of reporting with the very best photography. Town&Country is an acute observer of the broader social landscape, documenting notable weddings and parties, chronicling the pastimes and passions of leading figures and families everywhere, and casting an anthropological eye on the lives of the rich and powerful. The magazine is an irreplaceable guide to the very best that the world has to offer - a trusted source of privileged information. Town&Country Weddings, established in 2003, is published twice a year. Town&Country is published by Hearst Magazines, a unit of Hearst Corporation, one of the nation’s largest diversified media and information companies. With 20 titles in the U.S., Hearst is the leading publisher of monthly magazines in terms of total paid circulation (AAM 2H 2013) and reaches 82 million adults (Fall 2013 MRI gfk). Follow Town&Country on Twitter at @TandCMag.