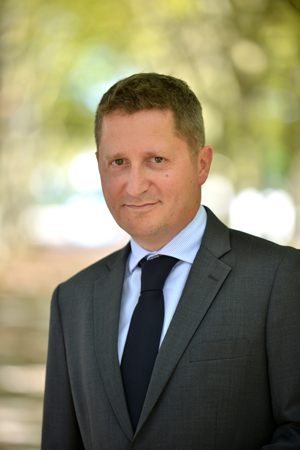 Guillaume Deglise had been general manager of Laurent-Perrier Switzerland since 2009. Aged 39, he has hitherto built his career in Champagne, starting with Bollinger as export manager from 1998 to 2002, then moving to Laurent-Perrier, where he was regional export manager from 2002 to 2009. He was then appointed general manager of the group’s Swiss subsidiary, its third largest export market. From 2012 onwards, he had also been in charge of the brand’s development in China.

Guillaume Deglise comes to Bordeaux with thorough knowledge of the main players in the market and its distribution channels. He will be supported by a team which has demonstrated unique expertise in organising professional wine and spirits exhibitions both in Bordeaux and Hong Kong.

“Vinexpo has grown thanks to its loyal exhibitors and the fact that its visitors have strictly professional status. Together, we will continue to build the future of our exhibitions in order to strengthen the role we play for the benefit of wine and spirits industry professionals worldwide,” announced Deglise.

Robert Beynat moves on to become special advisor to Pierre Goguet, president of the Vinexpo Directorate and chairman of the Bordeaux Chamber of Commerce and Industry for the exhibitions to be held in Asia in 2014. “Robert’s expertise is a fantastic asset, which we are going to benefit from during this transition period,” declared Pierre Goguet.

Vinexpo has grown over the years to become the leading gathering for wine and spirits professionals. Vinexpo is held in Bordeaux in odd-numbered years and brings together 48,000 trade visitors from 150 countries and 2,400 exhibitors representing 45 producer countries.