As three-tier distribution has become increasingly difficult to obtain, wineries have become more focused on direct sales. That’s hardly a new trend, but it is a trend that continues to gain strength, according to Wine Business Monthly's 2010 Direct to Consumer Survey. At the largest wineries, direct to consumer sales not surprisingly represent a somewhat smaller piece of the pie (see Chart 1). 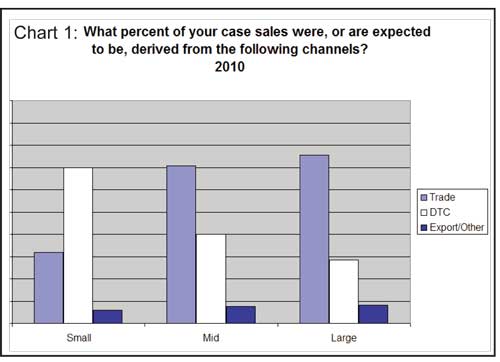 Two-Thirds of DTC Sales Flow out of Tasting Rooms
It stands to reason that the most successful wineries hone their expertise and leverage the traffic they get in the tasting room. Respondents to this year’s survey indicated that the percentage of DTC sales they derived from the tasting room increased to 66 percent in 2010 from 59 percent in 2009. Wine club and ecommerce sales, though were flat as a percentage of direct sales (see Chart 2). Additionally, the survey found that 55 percent of those sales that are made through the tasting room are for carry out. 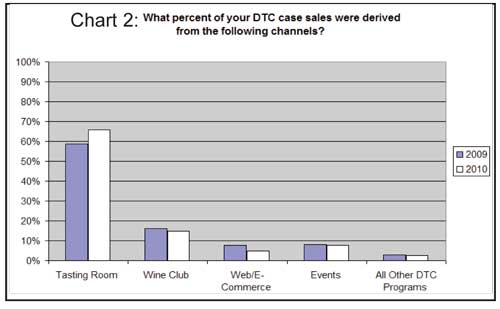 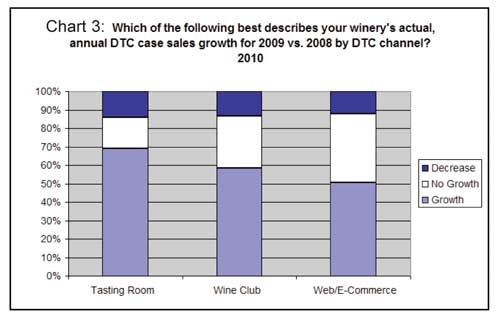 Results of the 2010 Direct to Consumer Survey appear in the May 2010 Wine Business Monthly. To subscribe and receive the May issue, click here.