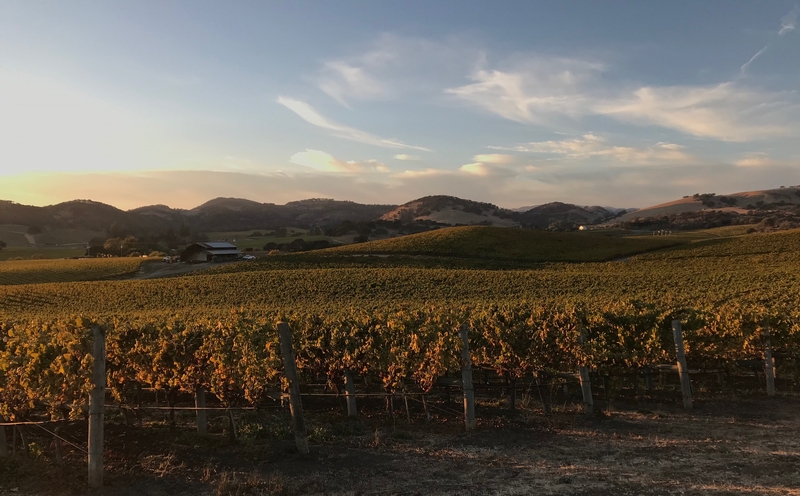 The 2018 harvest in the Napa Valley has been seamless, with neither frost or heat spikes during the growing season.

Sugars are lower than the last couple of years with bright acids, Sam Kaplan, winemaker and vineyard manager at Arkenstone Estate said on Tuesday during the annual Napa Valley Grapegrowers’ Harvest press conference. The harvest at Arkenstone on Mount Howell ended Friday.

The whites in barrel are bone dry at this point and very expressive, Kaplan said. “The Cabernets that are fermenting have great color, great tannin, great fruit extraction,” he added. “So we’re really optimistic.”

“We’re going to have really expressive fruit, great, rich ripe wines, but not over the top,” Kaplan said. “They’re fun.”

Richmond, whose team has about 400 tons left to pick in Napa County, said this year’s crop is big but “not huge.”

Both Richmond and MacLeod had to deal with the 2017 Wine Country fires.

MacLeod said easy rains in December and January helped with the germination of cover crop on the hillsides. This alleviated post-fire concerns, said MacLeod, who farms in Carneros. Her company lost about 100 vines – out of 200 acres of planted vineyards.

The growing season was “super smooth,” said MacLeod, whose team has picked 95 percent of this year’s fruit.

MacLeod and Richmond have worked in areas the 2017 October fires hit. Yet both said the recovery has been remarkable.

The fires burned though a few of the vineyards Richmond and his company farm.

“It’s really surprising how well the vines have come back,” Richmond said. “I think we’re a little stunned that they came back so quickly.”

MacLeod said areas at Hudson Vineyards with foliage that were burned had no long-term damage. Areas of concerns have been mapped.

“In general, the recovery has been pretty incredible,” MacLeod said.

Labor was also addressed during the press briefing.

Richmond reported as a whole no workforce issues this year. Wages raise every year in the Napa Valley, he said.

“We’re fortunate here to be able to pay probably the highest price in the country for hourly agricultural work,” he said. “People say ‘oh there is a labor shortage’. My argument is ‘well there is a wage shortage.’ If we paid more we’d get people,” he added.

MacLeod called Hudson Vineyards’ work crew the “heart and soul and backbone” of the company.

The company nonetheless does have to adapt and embrace some mechanization to stretch its resources, including its full-time, year-round employees. Hudson Vineyards has embraced some mechanical pruning and some mechanical-assisted leafing, she said.

Richmond doubts Napa Valley will be fully mechanized in the future given the need for that “hand touch” in the vineyards to fine tune farming. His company nonetheless has done some mechanical planting this year.

The quality of that work is still being evaluated, Richmond said.

“We’re going to continue to adapt where we can, but it’s still primarily going to be hand labor that does most of this work,” Richmond predicted.