The Patriarch of One of California's Grand Wine Families Releases a New Family of Wines
by Press Release
May 15, 2014 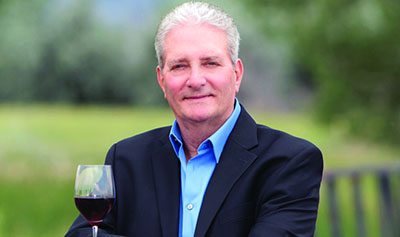 SONOMA, CALIFORNIA -- (May 12, 2014)— Sam Sebastiani, a winemaking legend with deep, historical family roots in Sonoma Wine Country, announced the release of La Chertosa wines. To allow fruit characteristics to prevail the wines are produced primarily from grapes grown in red Tuscan series soils and aged moderately in new and young oak barrels. Their style is described as “Old World” because the wines are balanced, harmonic and wonderfully pleasing with foods.

La Chertosa is named for the magnificent 14th century Renaissance monastery in the Tuscan valley of Farneta, Italy where the Sebastiani ancestral roots began. Here Sam’s grandfather Samuele Sebastiani learned to make wine in the “Old World” style. Samuele came to Sonoma in 1893, and found that Sonoma closely resembled faraway Farneta in three ways; it boasted a mild Mediterranean climate, had the same red soils and was blessed with gently sloping hillsides. He founded Sebastiani Winery in 1904, one of the first wineries in California. Samuele employed the time-honored techniques taught him by the Chertosinian monks in Farneta, to create in Sonoma, the winemaking style Sam continues in crafting the harmonic flavors in La Chertosa wines.

“In the two previous chapters of my winemaking life,” Sebastiani reminisced, “running Sebastiani and then Viansa winery, we held true to our heritage, by striving to find the best soils and vineyards to create the “Old World” winemaking style.

So successfully did Sam Sebastiani honor his heritage and “Old-World”, Italian-style winemaking techniques, that the president of Italy bestowed knighthood on Sam in 2002. The knighthood was in recognition of Sebastiani’s contributions to Italy’s winemaking heritage here in the United States. Now, in this third chapter of his winemaking life, Sam Sebastiani plans to use these finely honed Italian techniques to elevate his La Chertosa wines into something uniquely bound to tradition.

Parallel to his lifetime as an honored and respected winemaker, Sam Sebastiani has lived a passionate life as a conservationist, focused on waterfowl. In the 1950s, Sam’s father, winemaker August Sebastiani, had him tending his penned, personal collection of North American waterfowl. The younger Sebastiani fell in love with watching the cycle of bird life. He decided to care for birds in the wild and got his chance in 1990 when he built his first waterfowl preserve at Viansa Winery. This 90-acre wetland restoration project was designed and created by Sam and Ducks Unlimited. It was a resounding success and garnered Sam the Private Conservationist of the Year Award from the United States Environmental Protection Agency.

Still enraptured by the wetland project in Sonoma Valley, Sebastiani found his next project after visiting the North Platte River in Nebraska. Impressed with the waterfowl numbers and after a protracted search, in 2002, he purchased an 800-acre island in the river with an additional surrounding 1,500 acres. Sam and his wife, Robin, have built 18 ponds connected by undulating streams of warm water so, from the sky, this 2,300 acre ranch looks like a land of lakes and waterways. The ultimate effect has been to create a veritable magnet for wild ducks and geese. This magnificent preserve is called Winemaker’s Island.

“It may seem a stretch to some,” explains Sebastiani, “but to me winemaking and conservation lead to the same conclusions. Whether it is wine or waterfowl, we must remember that we are stewards of the land and retain respect and reverence for Mother Nature.”

La Chertosa wines can be purchased at fine wine locations in California, Nebraska and Colorado or by visiting www.lachertosawines.com. La Chertosa features 2012 Sonoma Valley Reserve Chardonnay, a 2012 Sonoma Valley Reserve Sangiovese, and a 2012 Amador County Zinfandel which was just awarded a 90 score at the San Diego International Wine Competition. Each wine is small-lot production and recent award winners.