Madeira Rising: Opportunities and Challenges for this Island Wine Region

It is reported that George Washington and Thomas Jefferson were great fans of Madeira—a fortified Portuguese wine made in the Madeira Islands. Today it continues to be popular with wine connoisseurs and collectors, yet is a relatively unknown wine category to millions of other consumers. This is one of the challenges—and also opportunities—the Madeira wine industry faces today.

Madeira can trace its winemaking roots to the 16th century. Indeed it was created as a result of adding alcohol to still wine as a preservative when it was transported on trading ships from its island location in the Atlantic to the New World and West Indies. The movement of the ship, long hot days baking in the sun, and natural oxidation created a unique fortified wine that has pleasing notes of carmel, toffee, and dried orange with a refreshingly high acidity. 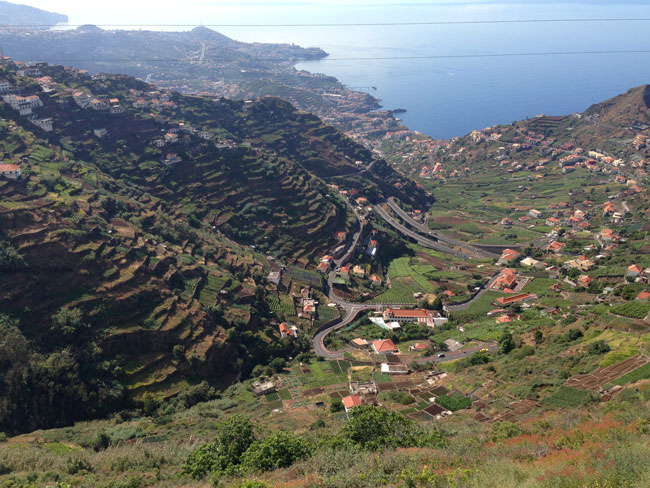 Today Madeira is made in a similar fashion through a process of heating the wine up to 50 degrees C (120 F) in an estufa system, or aging in large wooden barrels in sun-warmed rooms, which is referred to as the canteiro method. According to Henriques & Henriques CEO, Humberto Jardim, “We enslave the wine to all things wine doesn’t like, such as heat and oxygen, until it finally gives up and says ‘I’m Madeira.’” The result is a wine that can last for hundreds of years, and even after the bottle is opened, the wine doesn’t spoil when exposed to air.

Madeira is made from five Portuguese grapes: 1) Tinta Negra Mole, which accounts for 85% of the production, and the much scarcer noble grapes of 2) Sercial, 3) Verdelho, 4) Boal, and 5) Malvasia. These latter grapes possess sweetness levels that range from dry to very sweet (see Figure 1), and make excellent aperitif or dessert drinks. Tinta Negra Mole is used to make a variety of styles, including high-end reserve wines, but is also the base for cooking wines. 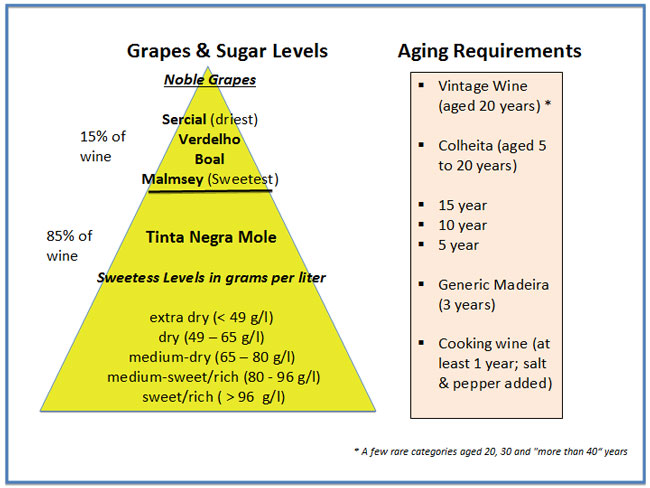 Currently the island of Madeira only produces 400,000 cases of wine, down from approximately 700,000 cases during the 1800’s when Americans ordered and imported more Madeira than any other nation. Vineyards on the island total 420 hectares (approximately 1000 acres), and of these, only 60 hectares are devoted to the noble grape varieties.

There are 8 major players that are licensed to export wine and a handful of very small producers that only sell locally. The major producers, organized by size, are:

Since it is part of Portugal, Madeira faces many of the same issues that other European wine regions face as the recession slowly eases, but they have several specific challenges:

Opportunities for the Madeira Wine Industry

Despite its challenges, there are several exciting possibilities that exist for the Madeira wine industry:

About the Author: Dr. Liz Thach, MW is the Korbel Professor of Wine Business & Management at Sonoma State University (Liz@lizthach.com). She has just returned from a trip to Madeira, where she experienced a rare meal of traditional Portuguese dishes paired with fortified and still Madeira wines. For more information, see: http://winetravelstories.blogspot.com and/or http://www.vinhomadeira.pt/.