The glass half bottle has proved quite popular with consumers as sales grew by more than 70% in the past year.
by Andrew Adams
March 19, 2021 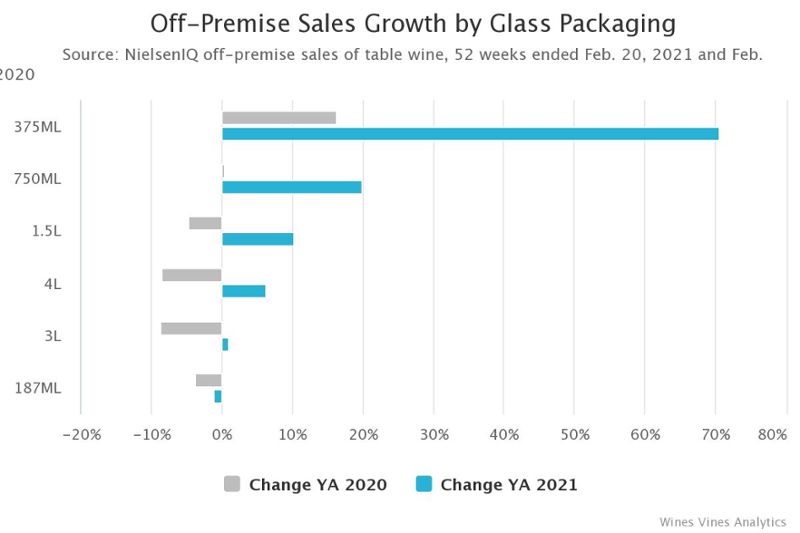 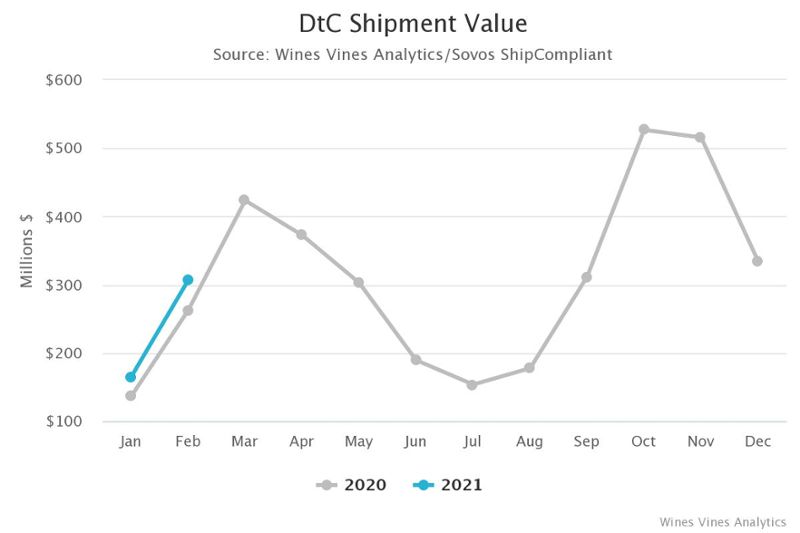 According to data by NielsenIQ, sales of table wines packaged in 375ml glass surpassed more than $40 million in the past year. Glass remains the dominant packaging material for U.S. wines, accounting for 77% of the volume of wine sold through off-premise channels in the 52 weeks ended Feb. 20. Total value of the wine category, as tracked by NielsenIQ, came to more than $19 billion.

Table wines in the standard 750ml bottle claimed 44% of total off-premise sales volumes. Yet glass packaging saw its share of the market inch down by nearly a percentage point during the period, indicating the growing share alternative packaging materials acquired through the pandemic. Surging off-premise sales favored boxes (up 21% by value, 16% by volume), plastic (up 27% by value, 26% by volume) and cans, which led with growth of 64% by value and 71% by volume.

The packaging sales data is featured in the March edition of the Wine Analytics Report that was released March 15. The latest report also includes a look at the wine industry in the Pacific Northwest, data and insights on wine pricing and an Q&A interview with Orin Swift Cellars founder Dave Phinney.

In the regular Wine Industry Metrics, winery direct-to-consumer shipments, as tracked by Wines Vines Analytics/Sovos ShipCompliant, rose 17% in February to more than $300 million while volume was up 23% to nearly 650,000 cases.

Sales of all U.S. wine totaled $66.4 billion in the 12 months ended February, down 12% compared to last year according to market research firm bw166. Domestic wine sales, including bulk imports, fell more than 8% to $46.5 billion in the 12 months ended February versus a year earlier. Spending in February suffered a smaller drop, falling 6% versus a year earlier to $3.5 billion.