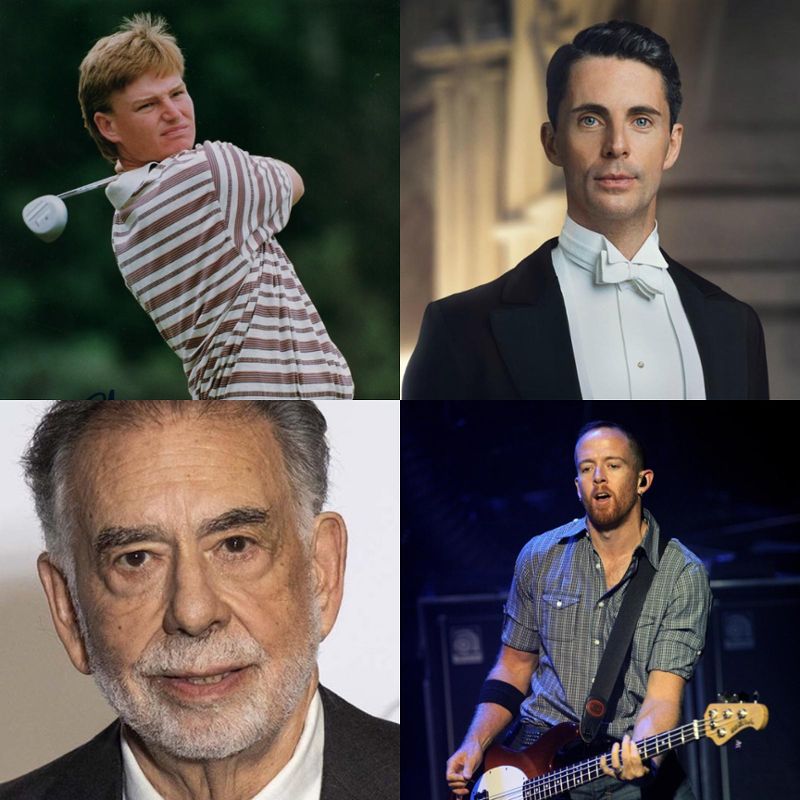 We're only five days away for the virtual conference Wine Future 2021. Not only do we have a killer schedule with some of the wine industry's most progressive leaders, but have an all-star line-up of celebrities joining us as entertainers and speakers.

During each day's 15 minute break Wine Future 2021 will feature live and recorded entertainment coordinated by Dan Nicholl, host of South Africa's The Dan Nicholl Show and the successful Dan Really Likes Wine series. In 2016, Dan broke the South African auction record for a single bottle of wine, selling the maiden offering of the Touch Warwick cabernet sauvignon for a staggering R1.3-million. Although certainly not an expert, Dan collects and tastes wine extensively, and has a simple philosophy on wine: a good bottle is one that you like, and a bad bottle is one that you don’t. Dan's Wine Future program will feature interviews, virtual visits to wine regions, wine tourism, live and recorded music, and a range of other cultural performances. Guests Appearing at Wine Future are:

Goode is an English actor with a long film career, including such productions as Brideshead Revisited, Watchmen, Leap Year, and The Imitation Game. As well as appearing in films, Goode has appeared in numerous television shows. His most notable television roles include Henry Talbot in the final season of historical drama Downton Abbey, and Finley "Finn" Polmar in the CBS legal drama The Good Wife. In 2017, Goode portrayed Antony Armstrong-Jones, 1st Earl of Snowdon in the Netflix biographical drama series The Crown, for which he received a Primetime Emmy Award nomination for Outstanding Guest Actor in a Drama Series. As of 2018, he stars in Sky One's fantasy-romance series, A Discovery of Witches, as Professor Matthew Clairmont. He is also co-star, along with Matthew Rhys and James Purefoy of The Wine Show, a documentary series on Amazon Prime Video.

Coppola is a legendary American film director, producer and screenwriter. He is widely considered to be one of the greatest filmmakers of all time. His accolades include five Academy Awards, six Golden Globe Awards, two Palmes d'Or, and a British Academy Film Award. Film credits include The Godfather trilogy, Apocalypse Now, The Cotton Club, Peggy Sue Got Married, and Bram Stoker's Dracula. Coppola, with his family, expanded his business ventures to include winemaking in California's Napa Valley, when in 1975 he purchased the former home and vineyard of Gustave Niebaum. After purchasing the property, he produced wine under the Niebaum-Coppola label. When he purchased the former Inglenook Winery chateau in 1995, he renamed the winery Rubicon Estate Winery in 2006. On April 11, 2011, Coppola acquired the Inglenook trademark and announced that the estate would once again be known by its historic original name, Inglenook. The Francis Ford Coppola Winery near Geyserville, California, is located on the former Chateau Souverain Winery.

Els is a South African professional golfer. A former World No. 1, he is known as "The Big Easy" due to his imposing physical stature along with his fluid golf swing. Among his 71 career victories are four major championships. He is one of six golfers to twice win both the U.S. Open and The Open Championship. He has held the number one spot in the Official World Golf Ranking and until 2013 held the record for weeks ranked in the top ten with 788. He was elected to the World Golf Hall of Fame in 2010, on his first time on the ballot, and was inducted in May 2011.
When not playing, Els has a golf course design business, a charitable foundation which supports golf among underprivileged youth in South Africa, and a winemaking business in Stellenbosch, South Africa (Ernie Els Wines).

Farrell is an American musician, best known as a founding member, the bassist and backing vocalist of the rock band Linkin Park. Linkin Park is among the best-selling bands and the world's best-selling music artists, having sold over 100 million records worldwide. They have won two Grammy Awards, six American Music Awards, two Billboard Music Awards, four MTV Video Music Awards, 10 MTV Europe Music Awards and three World Music Awards. Billboard ranked Linkin Park No. 19 on the Best Artists of the Decade list. In 2012, the band was voted as the greatest artist of the 2000s in a Bracket Madness poll on VH1. In 2014, the band was declared as "The Biggest Rock Band in the World Right Now" by Kerrang!.

Smit is a South African former rugby union player and former chief executive officer of the Sharks. He was the 50th captain of the South Africa national team, and led the team to win the 2007 Rugby World Cup. He retired from international rugby following the 2011 Rugby World Cup as the most-capped South African player ever, with 111 appearances.

Smit was inducted into the IRB Hall of Fame on 24 October 2011 (while still active at club level), alongside all other World Cup-winning captains and head coaches.

The Wine Future conference also has a charitable component as three NGOs from Portugal, South Africa and California are the donor recipients. A silent auction has been organized with wines donated by the participating wineries, the speakers and some of the organizations that support the congress. There are very interesting lots such as those donated by the winery of Francis Ford Coppola, Krug, Opus One, Banfi, Taylor’s, Almaviva, Felton Road and many others.

Tickets for the conference are quite reasonable at 125€ (~ $150) and are available to anyone interested. Discounted/Complimentary tickets are available to qualified contacts. For registrations and to bid for some of the lots in the silent auction please visit www.winefuture2021.com