Mapping Grapevine Genomes: a Tool to Manage Quality and Sustainability 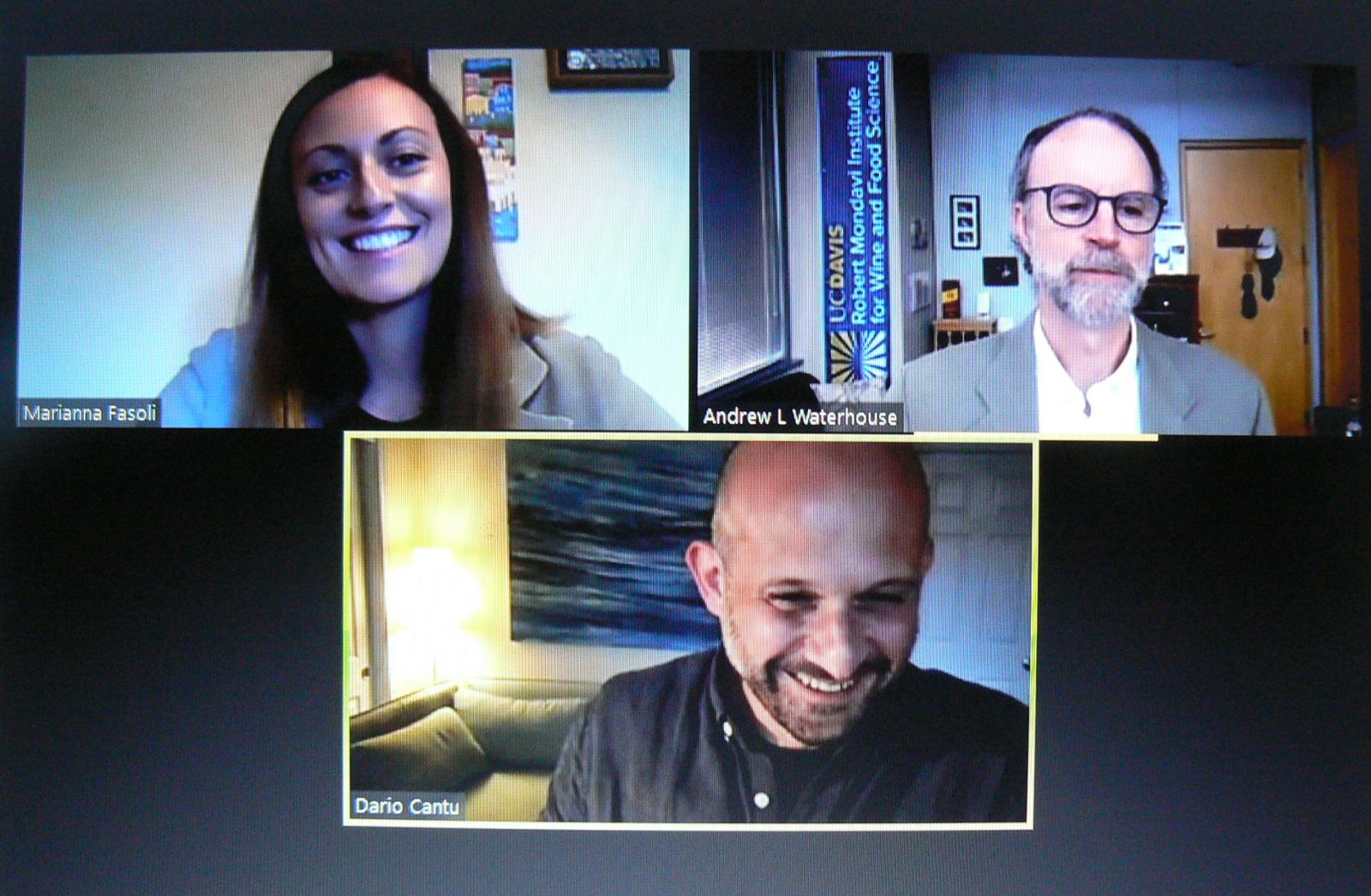 Understanding grapevine genomes and genetics provides knowledge to understand differences in grape and wine color, aroma and flavor, and can be used to identify genes for disease resistance that allow for breeding grape varieties with resistance to diseases and pathogens such as Pierce’s Disease and powdery mildew. This understanding can assist with future vineyard sustainability, enabling development of grapevine materials and varieties to adapt to climate change, and that are best suited for quality production in the different environments found in the world’s grapegrowing regions. Researchers studying and mapping grape genomes believe this knowledge also has potential to provide tools to monitor gene expression in the vineyard and help guide viticultural practices to enhance fruit quality.

Dr. Dario Cantu, a plant biologist and professor in the UCD Department of Viticulture and Enology is considered one of the leading researchers on grapevine genetics and genomics. His research program integrates bioinformatics and biochemistry with the application of genetics and genomics to study plant and microbial activities related to disease resistance, fruit ripening and flavor development. He has been a member of research teams that have mapped the genomes of Cabernet Sauvignon and Chardonnay.

Cantu defined genome as, “the complete set of genetic information in an organism.” A genome can provide a blueprint for building an organism.

Genome sequencing provides information on the genetic diversity that exists between grape varieties and grape species. “There is a lot of (mostly unexplored) variation between species, varieties and even clones,” Cantu said. Comparing diversity between two varieties, Cantu said, “About 20 percent of the genome of Zinfandel is different from the genome of Cabernet Sauvignon.” He noted that one gene can make a big difference in grape characteristics. Just one gene accounts for the color difference between Pinot Noir and Pinot Blanc that are actually two selections of the same variety, but produce different varietal wines.

Cantu’s lab has established a web portal (www.grapegenomics.com) as a central repository for information on grape genomes mapped to date and published papers. The website allows free access to anyone to this information, but it is generally of more interest to geneticists and researchers.

Reference genomes found on the website for Vitis vinifera varieties include:  Black Corinth, Cabernet Sauvignon, Carmenere, Chardonnay, Merlot, Semillon and Zinfandel.  Genomes available for other grape species are: V. arizonica, and Muscadinia rotundifolia. Genomes are also mapped for four varieties of V. sylvestris, a wild subspecies of V. vinifera that provides an understanding of genetic differences between wild and cultivated grapes. The site also has information on genomes mapped for several common grape fungal pathogens such as Botrytis cinerea, Erysiphe necator (powdery milder), and Eutypa lata.

Dr. Marianna Fasoli is a senior manager in the Department of Winegrowing Research with E & J Gallo Winery.  She earned a Ph.D in applied biotechnology in 2012 from the University of Verona in Italy, where she studied grapevine plant molecular mechanisms. She discussed her studies of the molecular basis of grape quality.

At Gallo, she has studied gene expression over several vintages for Cabernet Sauvignon and for Pinot Noir in vineyards during grape development and ripening as a way to track and monitor key quality constituents and pathways. Grape berry samples were collected every ten days starting at pea-size through veraison and up to harvest at standard Brix levels.

Fasoli explained: “By tracking gene expression early, we can use this to predict fruit quality. If gene expression can be analyzed early enough, we may be able to use management practices to improve fruit quality at harvest.”  Fasoli suggested that at some point in the future, gene monitoring and analysis tools will be available to employ molecular viticulture in the field during the growing season to monitor and manage fruit quality, much like lab testing is done today to analyze grape and wine chemistry.

Fasoli summarized why we need information about grapevine genomes: