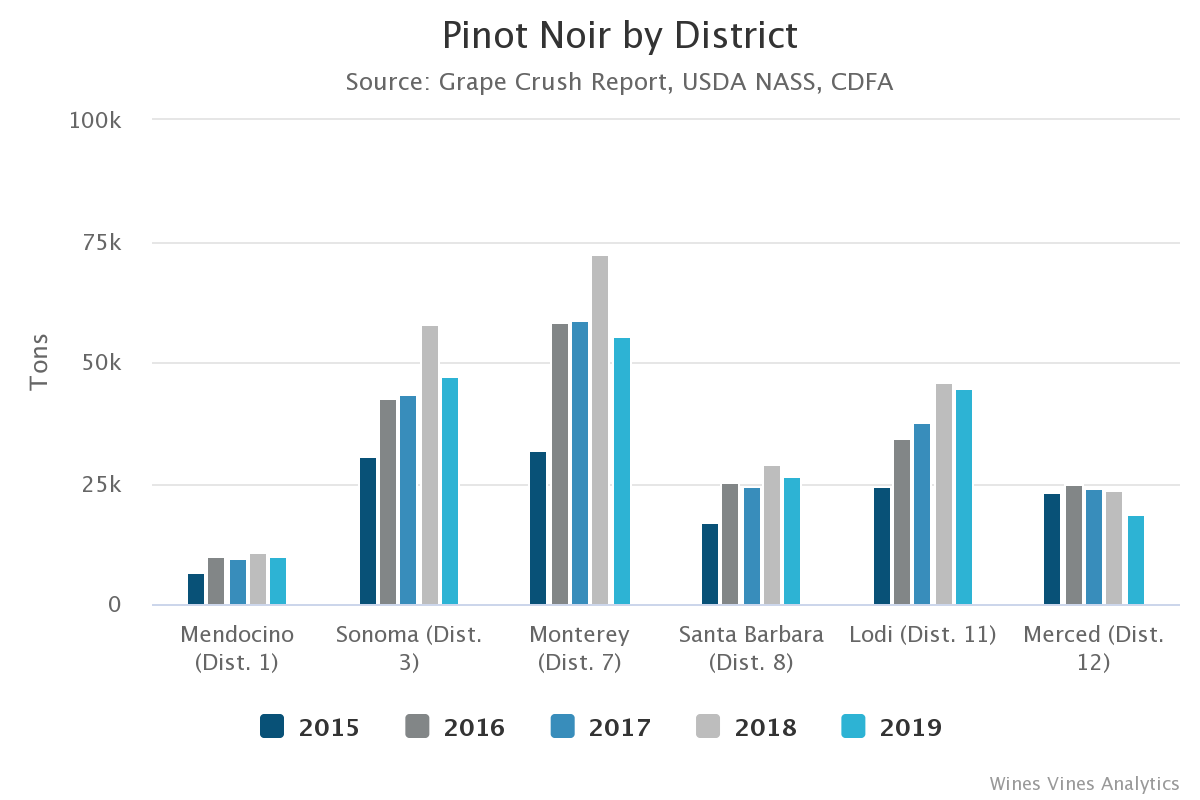 The fire events of August and September have led to wide-spread rejections of Pinot Noir grapes in Sonoma County, particularly in the Russian River region but also in Carneros.

Not everything has been rejected and some wineries are more willing to take chance on their own estate fruit, but people seem less willing to take a risk with Pinot Noir in general.

A number of growers in Sonoma opted not to pick, but rather to take crop insurance claims, as Pinot Noir is thought to be more susceptible to smoke exposure than some other varieties are. Still, Pinot Noir was being picked in Mendocino and in parts of Sonoma County.

There was an abundance of bulk Pinot Noir available prior to the 2020 harvest but some sources estimated the Sonoma Pinot Noir Crop could be down by 30 to 40 percent.

Buyers initially flocked to Santa Barbara looking for Pinot Noir and to areas in Anderson Valley because it’s thought that they weren’t affected by smoke.

Glenn Proctor with The Ciatti Company said Russian River Pinot Noir that was priced at $10 to 14 before the fire events but that he’s seeing deals at more than $20 per gallon, more in a range of $19 to $23.

“Basically the market was fat, and wineries went into 2020 skinny,” Proctor said. “They thought if the crop was a little lighter and they needed more, they could just go buy grapes, because we had a lot of fruit available.”

The bulk market for Pinot Noir is driven by a need for wines that are selling in retail, not necessarily on premise or in tasting room for $80 or $90 per bottle.  Some premium wineries may already have 2019 inventory in house, and or may be avoiding the 2020 vintage entirely. Some premium wineries have pivoted, putting their wines into retail channels but profit margins are thinner.

“We're still feeding the beast and the Beast right now is off premise,” Proctor said.

“People are looking forward and wondering what their sales are going to be for the rest of the year and how the holidays are going to go,” Steve Fredericks with Turrentine Brokerage said. “For the bigger brands that are moderately priced at $20 on down – how many can afford a huge jump in price?”

Some 2020 Pinot Noir is being processed with an understanding that it could be rejected down the line if smoke damage is apparant once the wine is made.

Smaller wineries that don't have broad retail distribution will be assessing whether they have enough finshed wine to carry them through and may adjust release schedules, streching inventory out accordingly, which will be interesting to watch. They probably won't be playing in the bulk market. Many are already sitting on wines after navigating two bumper harvests that were followed by the Covid-19 shutdown of restaraunt sales. 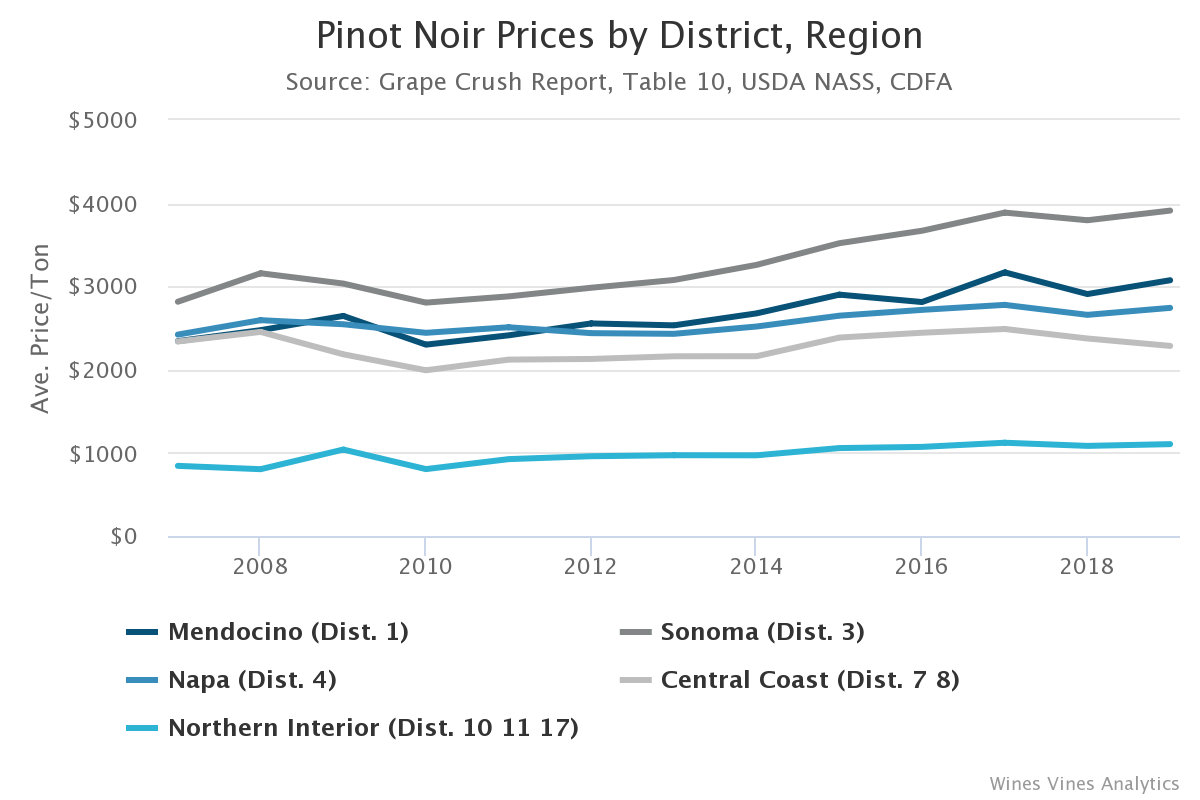