Climate Changes are a Challenge, not a Catastrophe

Growers will have to adapt, but opportunities exist
by Peter Mitham
March 02, 2020 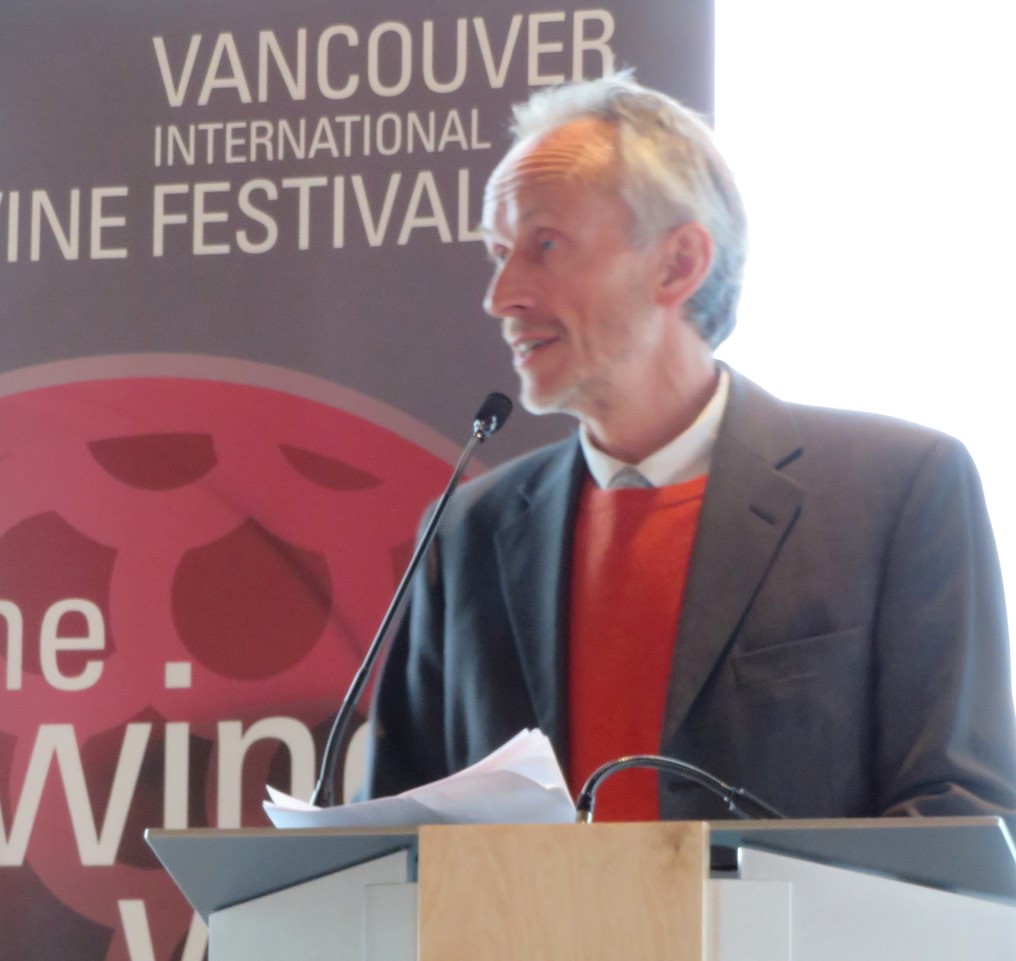 Vancouver, British Columbia – Climate change may pose an existential challenge to producers in some of the most acclaimed viticultural regions, but wine writer Andrew Jefford told representatives of the wine trade gathered for the Vancouver International Wine Festival this week that it will also bring opportunities.

“Yes, there will be beautiful wines that we lose through climate change,” he said. “But there will also be new variety-place combinations which we’ll discover that we can’t even dream of yet.”

Discussing lessons New World producers could learn from France, Jefford – who has written about wine from a base in the Languedoc-Roussillon region for the past decade – said the challenges that climate change poses are not insignificant, but they aren’t insurmountable, either. The industry has changed over the course of history and will continue to do so.

“Sauvignon Blanc didn’t come to define Sancerre until after phylloxera,” he said by way of example. “This is a good example of advance through experimental change consequent on catastrophe.”

This is why producers shouldn’t be afraid of climate change, or change generally, so long as they approach it with a few simple principles in mind.

These principles include a recognition that great vineyards cannot be remade, only abandoned. Romanée-Conti cannot be replanted to new varieties, or relocated to a higher elevation or latitude.

“Realizing this compels us to take the fight to combat global warming seriously. We can’t replace, we lose. And France has an awful lot to lose,” he said.

This is because ambitious winemaking takes seriously the principle of working with what nature provides with a view to achieving its full expression in wine.

“The season and the place are what is inscribed in the raw materials that you harvest at the point of ripeness. You have to respect them, even if the season is warmer than you might wish,” he said.

A changing climate may fundamentally alter those raw materials, resulting in wines that lack the fine character that defined them or forcing winemakers to intervene in ways that mute expression of what nature provided.

This is a challenge that faces winemakers in Canada and across the New World, where fine winemaking is decades rather than centuries old and is very often still getting its bearings. Climate change adds a further variable to the mix as winemakers try to understand their vineyards’ potential and determine the best varieties for each site.

“Climate change may be moving the goalposts as you work,” he said. “But coming to know your vineyards intimately and viewing them with an open mind is truly the best starting point.”

Jefford’s presentation followed a panel discussion on the effects of climate change moderated by Michelle Bouffard, founder of the biennial Taste Climate Change conference in Montreal, which launched in 2017 to address climate change in relation to the wine industry.

Panellists included Michael Fagin, a principal of forensic meteorology consultancy West Coast Weather in Redmond, Washington, who discussed the significant temperature increases of one to two degrees in West Coast wine regions over the past century.

The warming trend is significant, but Fagin pointed out that the result has pushed temperatures back to levels last seen during the medieval warm period between 900 and 1200. Winemaking flourished in England, Poland and other parts of northern Europe at the time, and winemaking in many parts of the continent continued through the little ice age that followed from approximately 1300 to 1850.

“The good news? It’s resilient,” he said of the industry’s ability to weather changes in temperature.

But a temperature shift of four degrees would be devastating for the industry said Lenz Moser V, whose family has active in Austria’s wine industry since 1610. He now makes wine under the Moser name in China, which has been as affected as Austria by warmer global temperatures.

Moser and Angove both stressed the critical role of water management, while Corvisier discussed Hillebrand’s use of modelling to determine delivery methods and routes that limit greenhouse gas emissions.

While all panelists acknowledged appeal of purchasing carbon offsets to counter the impacts of travel, most considered them less than ideal.

Jackson updated the audience on Jackson Family Wines’ progress towards reductions in packaging, waste and energy consumption; its investments in renewable energy and shifts in vineyard practices designed to improve its environmental impact.

The family set specific targets for its sustainability program in 2015 after seven years spent establishing a baseline for its practices. It’s now undertaking a five-year pilot project in the Russian River Valley under California’s Healthy Soils initiative to assess carbon sequestration in vineyards. The project includes the use of soil amendments, cover cropping and no-till practices.

“We could potentially sequester more carbon as an organization than we emit annually,” Jackson said.

She said soil samples will be taken over the course of the project to determine levels of soil organic matter. However, it could take the full five years of the project before any impacts on carbon sequestration are noted, either in the soil or on wine quality, which will also be assessed as part of the pilot.

Both the panel discussion and Jefford’s talk were part of the trade days events that are an important part of the Vancouver International Wine Festival, which features 162 wineries this year. With an expected attendance of 25,000, it ranks among the largest wine festivals in North America.